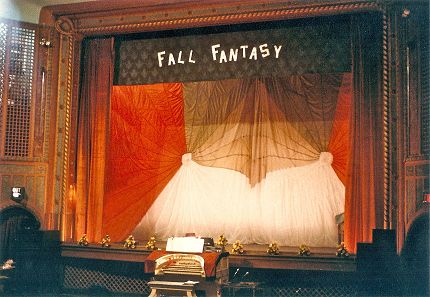 Stage set up for the Miss Skagit County Scholarship Pagent in 1984. The organ was played throughout the program. Photo courtesy Jeff Fox. 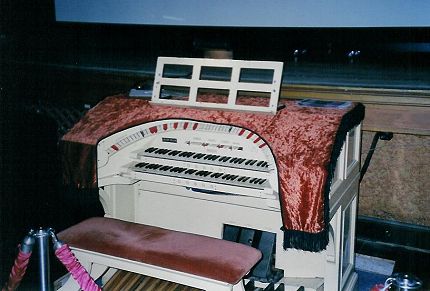 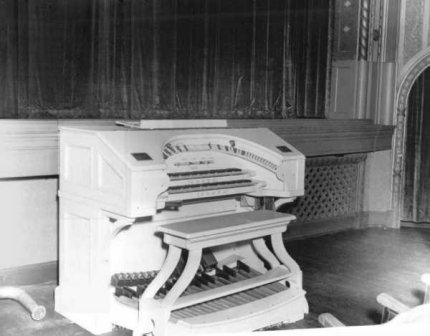 As replacement, Jeff and Ed Pollock purchased a Welte Kinura in 1979. The original Wurlitzer rack board was removed and stored in the chamber and a new rack board was built for the Welte set.

The crew had the organ ready for the 1981 ATOS National Convention in Seattle. Unfortunately, the instrument was not featured at the convention due to scheduling and transportation difficulties.

According to John Pollock in a December 3, 2003 e-mail: "Ed Pollock, who was managing the building which included the Lincoln Theatre, died suddenly in 1985 at age 36. The theatre itself had been operated in recent years by various tenants, and was not infrequently on the brink of closure. The theatre and the surrounding shops were owned, and sold a few years later, by Elden, Robert and David Pollock. They were the grandsons of David F Decatur, on whose original homesite the theatre and surrounding shops had been built in 1926."

In 1990, the theatre got a new lease on life as a performing arts center. See the "Pages From The Past" section below for more information.

Be sure to visit the Lincoln Theatre's web site: 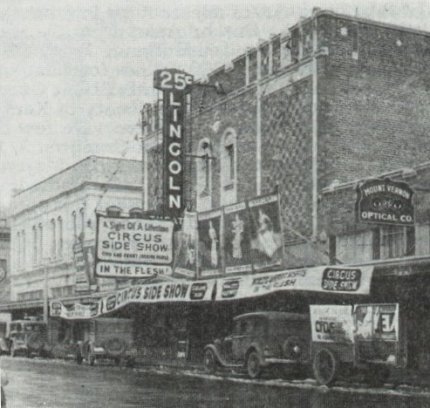 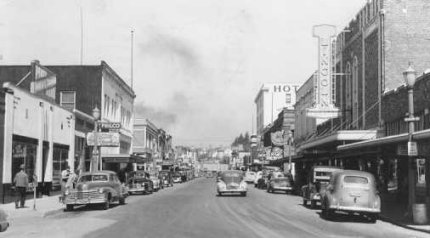 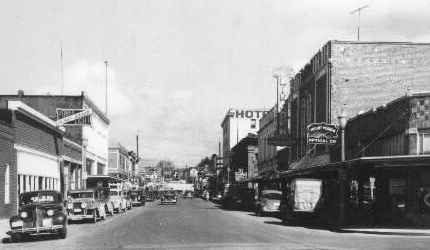 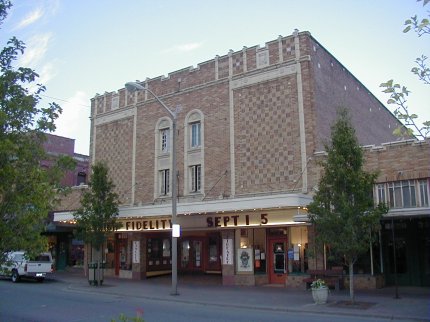 On April 8th 2001, Northwest organist Andy Crow helped to celebrate the theatre's 75th anniversary with his accompaniment of the 1927 Academy Award winner for Best Film: "Wings."

According to Peter Heffelfinger, former Theatre Director, work on the Wurlitzer during the 2000-2001 timeframe included a new power supply, re-leathered regulator, and work on the Marimba, Glockenspiel, and Chrysoglott.